Source Kabam Forums
Tap on your Great Hall to get started!
Here you can equip your Heroes and view the Attack, Life, Troop Limit benefits of your Gear. You can equip up to five pieces of Gear to every Hero. 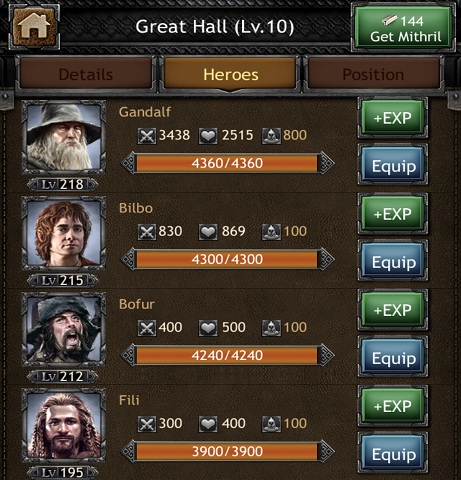 Tap on Equip to view each Hero and your Gear collection. 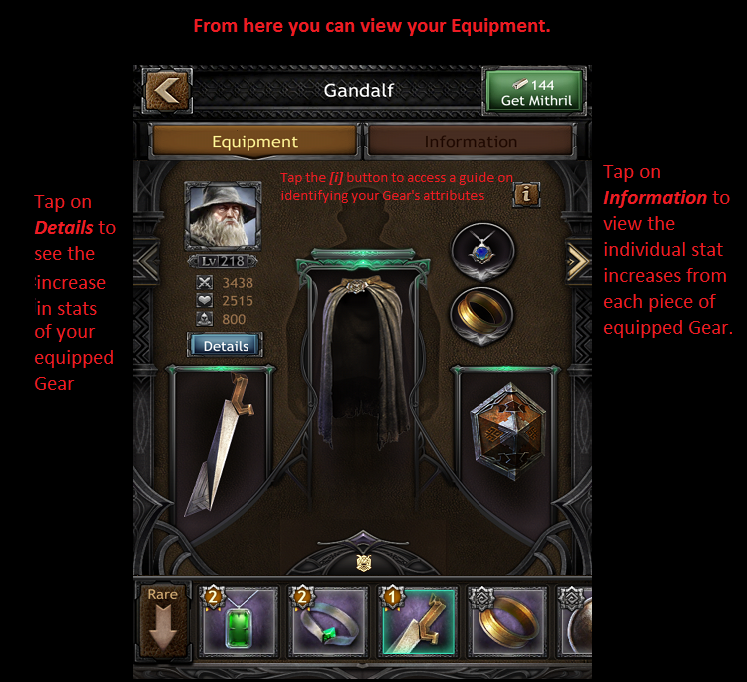 – Tap on Details to see the stats increases of your equipped Gear
– Tap on Information to view the individual stat increases from each piece of equipped Gear.
– Tap the [i] button to access a guide on identifying the Gear Attributes

Tap on a piece of Gear to view its Attributes and its increase in Base Stats. 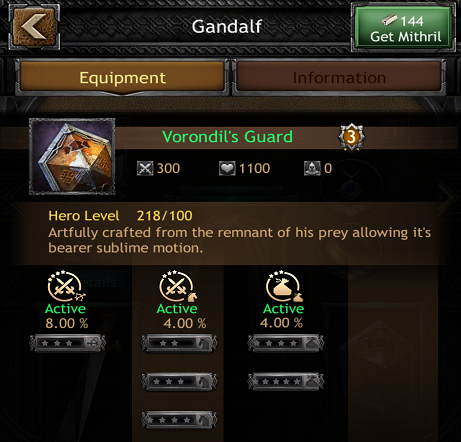 – Sets of Gear are organized by color.
– The number in the upper left corner indicates how many Attributes a piece of Gear has.
– Rarity is defined by the color of the Gear and its number of Attributes.
– Gear can have up to four Attributes.
– Each additional attribute a piece of Gear increases the base level stats of your Hero, as well as the Troops identified with the attribute Icons.
– Select pieces of Gear can give you a permanent Might increase. 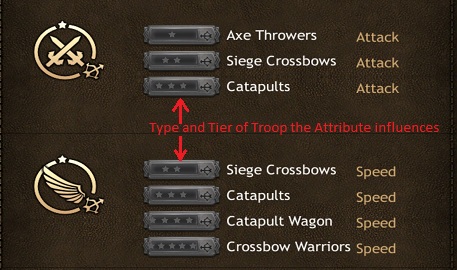 The grey bars with the icons and stars identify the Types and Tier of Troops the Attributes apply to.

The Stars at the top of the Attribute Icon indicate the strength of the attribute.
– Four stars are the rarest and strongest Attributes

Tap on Details to view all of the stats increase from your Equipped Gear. 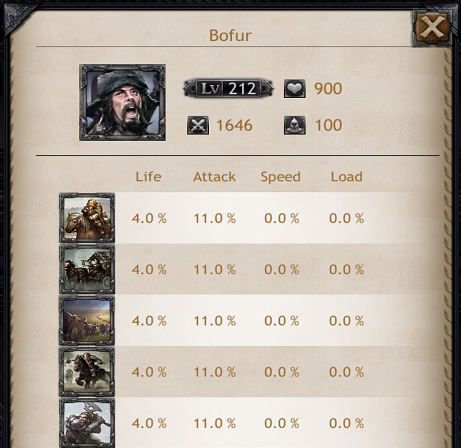 Upgrade your Forge to unlock increased Gear storage Capacity and remove any unwanted Gear by selling it. 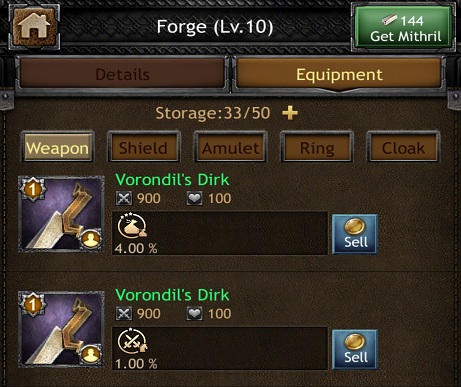 We are Deadly Sinners. Active players that are feared throughout the land, We bring destruction and pain to your insignificant lives with no remorse. We stick together and demolish anything in sight.

We are open to help beginners and mould them into the best if it's desired. No flipping wilds, friendly AC, might huggers and tk'ers welcomed.

Alliance Members can register on the website using their game username. This will give you access to private posts. For instructions on how to register please ask Houdini or any of the Deadly Sinners officers.